April 28, 2016 – Starr has been selected as production designer for a brand new show titled Cherry Boom Boom opening in September at the Tropicana Hotel & Casino in Las Vegas.

Cherry Boom Boom will be produced by a triple threat of uber-talented, self-described badass broads: Robin Lindsley Allen (who danced with the Pussycat Dolls is creator/director and choreographer); Shana Betz (an actress and film director is the show’s co-producer); and Lynn Garlock Wright (another of the show’s producers and it’s operations director).

Associate director Carla Kama, an industry veteran who has worked on productions for Madonna, Steven Tyler, Michael Jackson and others, joins the trio at the Tropicana.

The design and fabrication phase is planned for this spring and summer, with a target date of September 8th to begin previews. The production officially opens on September 27th, and will be featured in the Tropicana’s main showroom. It will contain a large multi-tier, rock-n-roll influenced set measuring over 60 feet wide and 10 feet tall. 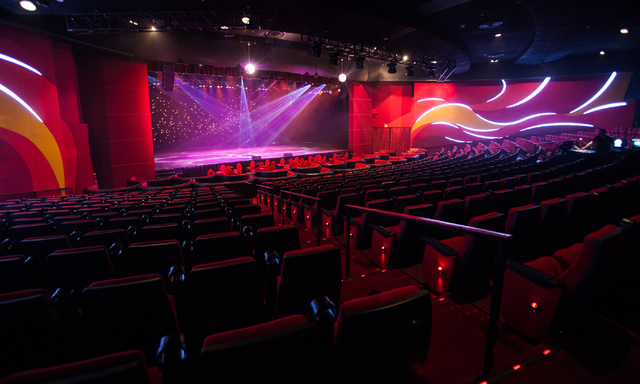 Another Of Starr’s Creations On CW’s “Penn & Teller: Fool Us”

August 5, 2016 – For a second time this season, one of Starr’s creations will appear on the CW Network’s Penn & Teller: Fool Us. This time he created an original illusion for Canada’s premiere […]

March 9, 2017 – Starr is proud to announce the launch of his own clothing line “RockStarr Designer Wear”. It all started as an idea for his own unique personal wardrobe. Starr hand-painted wild guitars […]

Check Out Starr’s Illusion On CW’s “Penn & Teller: Fool Us”

June 24, 2016 – One of Starr’s magical creations will appear on the CW Network’s Penn & Teller: Fool Us. The illusion is called “Steamroller”, and will be performed by Las Vegas headliner Nathan Burton […]